Join in the celebration of the rich religious devotion of our Philippine community; welcome the visit of Our Lady of Manaoag. 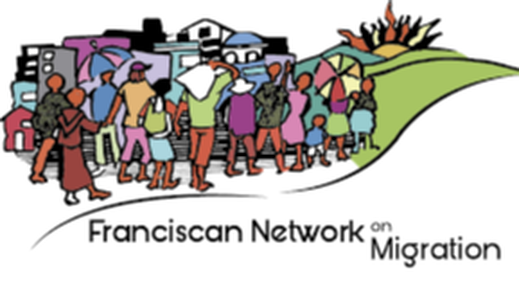 ​ On Saturday, June 18, members of the Philippine community of our parish will process into our church for 5:30 PM Vigil Mass and place at a side of our altar a special replica of the precious statue of Our Lady of Manaoag.  That image is venerated by the millions in the Philippines and serves as a major pilgrimage site in that country.  Throughout the last year, the statue has been making rounds at people’s homes where others had joined in to pray rosary.  Members of the Philippine Nurses Association would like to share with the rest of our parish some their religious devotions and traditions, including some of the historical background, copied below:

​HISTORY OF OUR LADY OF MANAOAG

The Lady of Our Rosary of Manaoag is the protectress and patroness of the sick, the helpless, and benefactress of the needy. Her miracles are numerous and are part of the past and continue in the present. Her devotees come to her shrine throughout the year. But it is in April and May that they come in big numbers, making Manaoag a true pilgrimage site. People from all walks of life and almost all parts of the Philippines flock to her, either to thank her for favors received, petition her once more, or simply honor her. Along the walls of her shrine, the more famous miracles attributed to her are depicted in giant wall paintings. One reveals the story of a sick child from Binmaley who died on the way to the Lady's shrine. His dead body was taken to the shrine before the feet of Our Lady, and there he was brought back to life, to the joy of his parents. Aside from curative intercessions, the Lady is even known for protecting crops. The Lady's rain miracles, which are known to happen even now, first took place in the drought of 1706. During that year's dry season, the stories described dried seedlings parched under a cloudless sky. Days stretched into months. The people of Manaoag waited for rain, but it did not come. They called once again on the Lady of Manaoag. And she once again demonstrated her great compassion. During the first day of the novena and procession in her honor, clouds gathered in the sky right after she was taken back to the church. Rain soon fell and continued for days.

Her origin as Protectress and Patroness of Manaoag is as mystifying as the lovely expression on her face. Tradition has it that the town itself was named after the Virgin's call …" taoag," meaning "to call." It is said that one day, a young man walking home, heard a mysterious voice. He looked around and, with great surprise, saw a radiant Lady with a rosary in her right hand, a Child on her left, standing on a cloud veiling on a treetop. The man fell to his knees. He told the people of the apparition. And soon, right on the spot where the Lady appeared, a church was built. A town quickly flourished around it and was called "Manaoag." The Virgin has assured the people of Manaoag of her protection on several occasions. When mountain tribes burned Christian villages during the early times, Manaoag was not spared. It was set on fire. The church, with its thatched roof, was the last refuge of the people. But when the leader of the pillagers shot flaming arrows at the church, none set it on fire. During World War II, despite repeated bombings, the church was spared. The bombs that found their way within the church compounds never exploded. On the hilltop where the Lady of Manaoag's shrine stands up to this day, thousands continue to flock every year to honor her. On February 17, 2015, the shrine of Our Lady of The Rosary of Manaoag was elevated to a minor basilica in a ceremony attended by more than 100 archbishops and bishops, leaders of church and state, and numerous devotees.
Powered by